History of The Walnut Tree, Aldington

The “Walnut Tree Inn” was built during the reign of Richard II (1377-1399) in the year of the crusades. Five years before, seventeen horses fetched 19 shillings each and six 15 shillings each at auction held in St Martin’s church

When first built, the house was no more than a timber framed, wattle and doubt hut with thatched roof. A fire burned in a central hearth and an aperture in the roof, a louvre, acted as a flue. The floor, of the only room (called the hall) was covered with straw, there were no bedrooms, cupboards or furniture. Supplies and possessions were kept in baskets or boxes. Everyone in the familiy lived, ate and slept in this one room. The average cost of a dwelling of this type was about six pounds.

In the mid fifteenth century a small bedroom was added at a higher level. Reached by a ladder, here the children of the family would sleep on wooden cot beds, often suspended from beams. 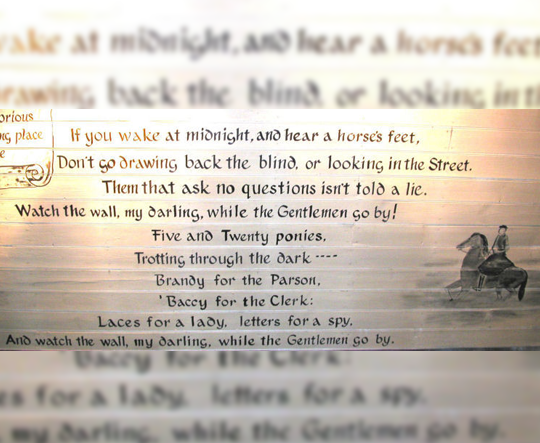 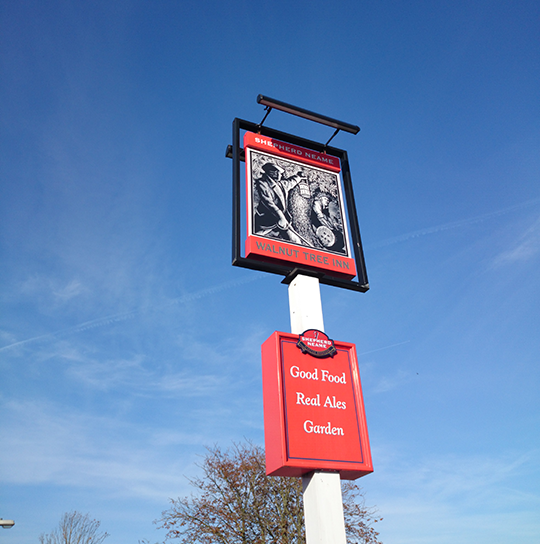 In 1456, one Septimus Longbarrow, a yeoman of Ashford purchased the house and 10 acres of arable land for 11 pounds. In 1502 one Joseph Silver, yeoman resided here with his wife Rebecca and seven children, by the turn of the sixteenth great improvements had been carried out to the property and the main dwelling enlarged. in 1611, the property was purchased by one Nicholas Marren a former bailiff of the Manor of Aldington.

Sometime during the seventeenth century ale began to be brewed here, for in a sale document of 1687, a “brew-house” is included in the inventory. In 1704, the property was purchased by one Jonas Quilter.

In August of the same year Quilter stood before two justices at Ashford and was granted a license to sell ales and ciders, from the premises which at this date bore no title but was registered as an ale house under ownership. In 1749, the property was purchased by Thomas Gadhew, who upon being granted a license registered the house under the title of the “Walnut Tree”.

During the Napoleonic wars Aldington was the stronghold of the Aldington Gang, an infamous band of smugglers that roamed the marshes and shores of Kent plying their nefarious trade. The gang’s prolific leaders, Cephas Quested and George Ransley, both natives of Aldington, made the “Walnut Tree” their headquarters and drop point for their illicit contraband. High up on the southern side of the inn is a small window through which the gang would shine a signal light to their confederates up to Aldington Knoll.

The “Walnut Tree’s” association with lawlessness did not end with the demise of the smugglers for as late as 1904 the inn was centre of the cock fighting contests. 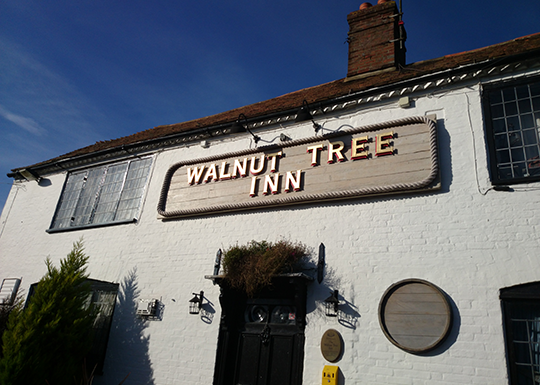 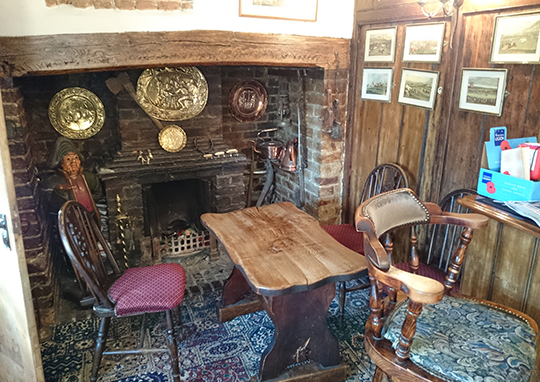 The “Walnut Tree” has seen and undergone many changes since first it was built but the historic character remains unchanged. The food and liquor served here these days is strictly legal… so stay, enjoy the fayre and reflect on those bygone days.

The “Walnut Tree” offers open fires in the winter and a beer garden in the summer. Children are welcome with and there is a garden play area with a bouncy castle at weekends.

Now supplied by Shephard Neame this pub also serves meals where there is a menu to suit all, including meat and fish dishes cooked on sizzling grillstones.

We use cookies to ensure that we give you the best experience on our website. If you continue to use this site we will assume that you are happy with it.Ok